Brent and Ross have been friends for over 15 years, but I’m assuming you don’t know them as well as they know each other so here are some bios.

Brent is a United States Air Force Veteran currently attending University in Chicago, earning an undergrad degree in International Studies. Brent has lived all across the United States, writes poetry about astronauts and sentient sport utility vehicles, and drinks as if his life depends on it (it actually might!). When he’s not in class or working on the Acid Bath Podcast, Brent volunteers much of his time for Veteran Service Organizations in the Chicagoland area to help raise awareness for veterans issues. After graduating, he plans to either become a Private Investigator, sell his soul to beelzebub in exchange for a LOT of bitcoin, or continue on to Graduate school to study Futurology. 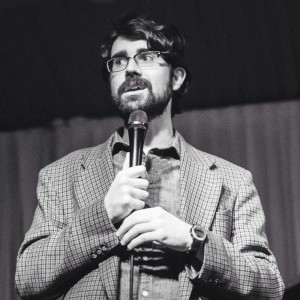 Ross is a BIM Coordinator for an Architecture firm by day and a Stand-Up Comedian by night(s and weekends).  He is an Ohio native who got his comedic start in Nashville, Tennessee.  One of the most consistent compliments he receives is that he is funny even though he looks like he wouldn’t be.  That and compliments on his hair and beard.  Ross is the kind of person who knows how to socialize through a lifetime of experience, but has no intuitive understanding of it.  Also, he’s not a serial killer.